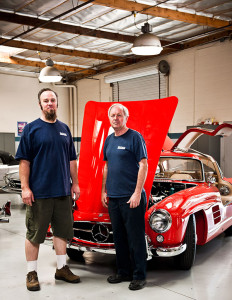 JERRY HJELTNESS, OWNER OF HJELTNESS RESTORATION, INC., began his love affair with the MERCEDES 300SL in 1957 when he made the decision that he would one day own one.  He bought his first Gullwing in 1960.

In 1961 he detailed the engine compartment of his Gullwing and this was the beginning of the demand for his expertise.  After working out of his garage on his hobby for twenty-three years, the list of people waiting for his services was such that he opened his own business in 1984.  Jerry has now completed more than 50 full body-off restorations.  Each car has been lovingly disassembled and remanufactured.  In addition he has done partial restorations on at least another forty.

Each automobile that is completed by HJELTNESS RESTORATION, INC. is a work of art, both cosmetically and mechanically.  Jerry consistently wins top awards in all concours where his cars are shown. 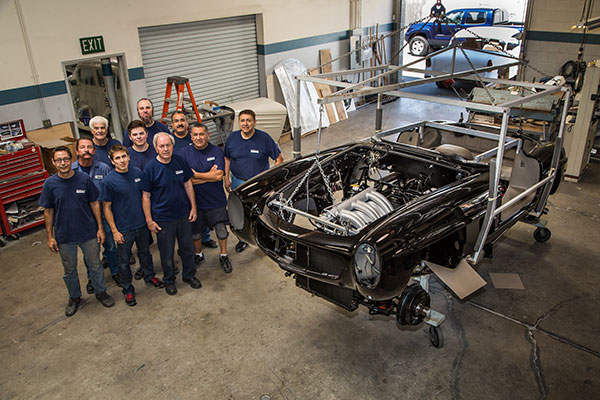 Jerry, his son Eric, and all the employees have become known as masters of detail in restoring fine automobiles and they are considered authenticity experts.  Jerry’s reputation as being one of the best in his field has been established almost entirely through word of mouth referrals, rather than advertising.  His motto, PRIDE IN PERFECTION, reflects his expectations of himself and his employees.

The book, MERCEDES-BENZ 300SL, by Dennis Adler, features many photos of Jerry’s shop and some of the automobiles he has restored.  In addition, chapter 7 features information about Jerry and his restoration talent.

In 1995 a forty-seven minute video which was produced for the History Channel about the history of the Mercedes-Benz automobile was partially filmed featuring Jerry and his restoration shop.

Jerry has been a member of the Gull Wing Group International and The Mercedes-Benz Club of North America for many years. 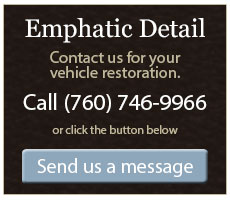